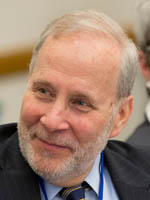 Mr. Fidell is Florence Rogatz Visiting Lecturer in Law and Senior Research Scholar in Law at Yale Law School, where he teaches courses on Military Justice, Guantánamo, The Original Jurisdiction of the United States Supreme Court, Federal Indian Law, Tribal Law, Law of the Sea, Admiralty, and Disasters. He has also taught at Harvard Law School and American University Washington College of Law, and is of counsel at the Washington, D.C. law firm Feldesman Tucker Leifer Fidell LLP. He graduated from Queens College of the City University of New York (B.A. 1965), where he was elected to Phi Beta Kappa, and Harvard Law School (LL.B. 1968). He served in the U.S. Coast Guard from 1969 to 1972.

Mr. Fidell is president emeritus of the National Institute of Military Justice and chairs the Committee on Military Justice of the International Society for Military Law and the Law of War. He has represented members of all branches of the U.S. armed forces, and has consulted on military justice matters for the UN Office of the High Commissioner for Human Rights. He is a co-author ofMilitary Justice Cases and Materials, Guide to the Rules of Practice and Procedure for the U.S. Court of Appeals for the Armed Forces, and Military Court Rules of the United States.

Mr. Fidell is a life member of the American Law Institute and an adviser to the ALI’s current project on the Restatement of the Law (Third), The Law of American Indians.